Fifteen years after the exhibition El pintor, where Angel Vergara notably revealed the series Les Voisins, nos amis,14 animated portraits of neighbours of Grand-Hornu that he created for the MACS’s 5th anniversary, this time the unclassifiable work of this extraordinary artist is being presented in the wider context of a retrospective of his paintings. Beginning with his ‘tableaux’, produced by a group of partially-sighted children during workshops devised by the artist, the show traces the evolution of his artistic practice from his first ‘painted films’ produced in Super 8 in the 1980s, to his video devices that recorded his painting in progress, along with a more classical gallery of large canvases. Through performance, installation and video, Angel Vergara has always placed ‘the act of painting’ at the heart of his works and asserted its presence in the public space by working under a sheet, which serves as a portable studio. In this way, the artist—alias Straatman—has for over thirty years brought painting ‘out onto the street’, saturating it with the constant flow of life, reproducing its syncopated rhythms like a jazz musician, and its movements like a film director. The fiction he introduced from an early stage into his practice established him as a descendant of Fluxus, similar to the poetic and political art of Marcel Broodthaers. His ‘painted films’ on the other hand, obtained through the combined use of the camera, glass plates and touches of colour, enabled him above all to reconcile art and life by synchronising painting and the world through a never-ending game of opacity and transparency. Because he remains above all a ‘painter at work’, Angel Vergara is forever chasing his dream of a constantly evolving painting, whose completion he is always delaying, whilst promising us its imminent emergence. 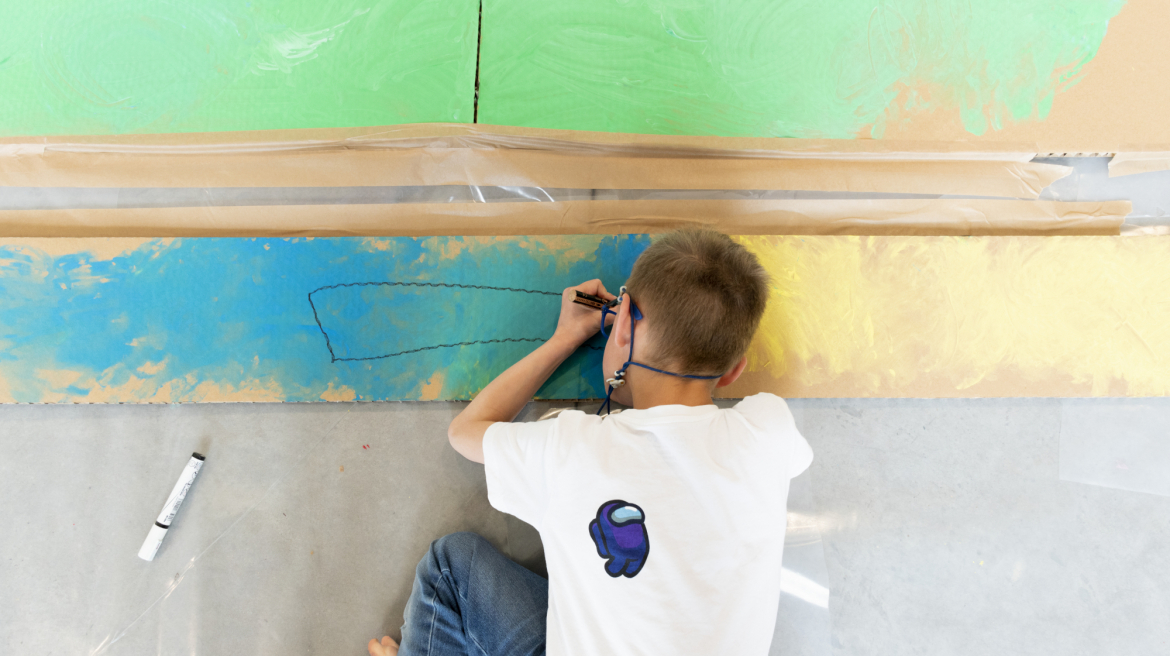